Our guides never tire of leading the off road tour of Tuscany’s vineyards, and our guests love it too. If you have questions about Chianti wine, we have the answers. And if you have a burning desire to taste it in the vineyards where it is produced then we can make it happen.

Wine tasting in Chianti is about far more than just drinking. This iconic vino that graces some of the best restaurants and the most delectable Italian trattorias is so much better when you can revel in some background knowledge as you sip. From its colourful history to its multifaceted flavours, we introduce you to a comprehensive sensory sensation.

A Little Bit of History

To fully enjoy wine tasting in Chianti it is worth getting to grips with some of the historical highlights that have contributed to its unique character and profile. Our guides have a wealth of stories and facts to share from the region’s colourful and venerable history. 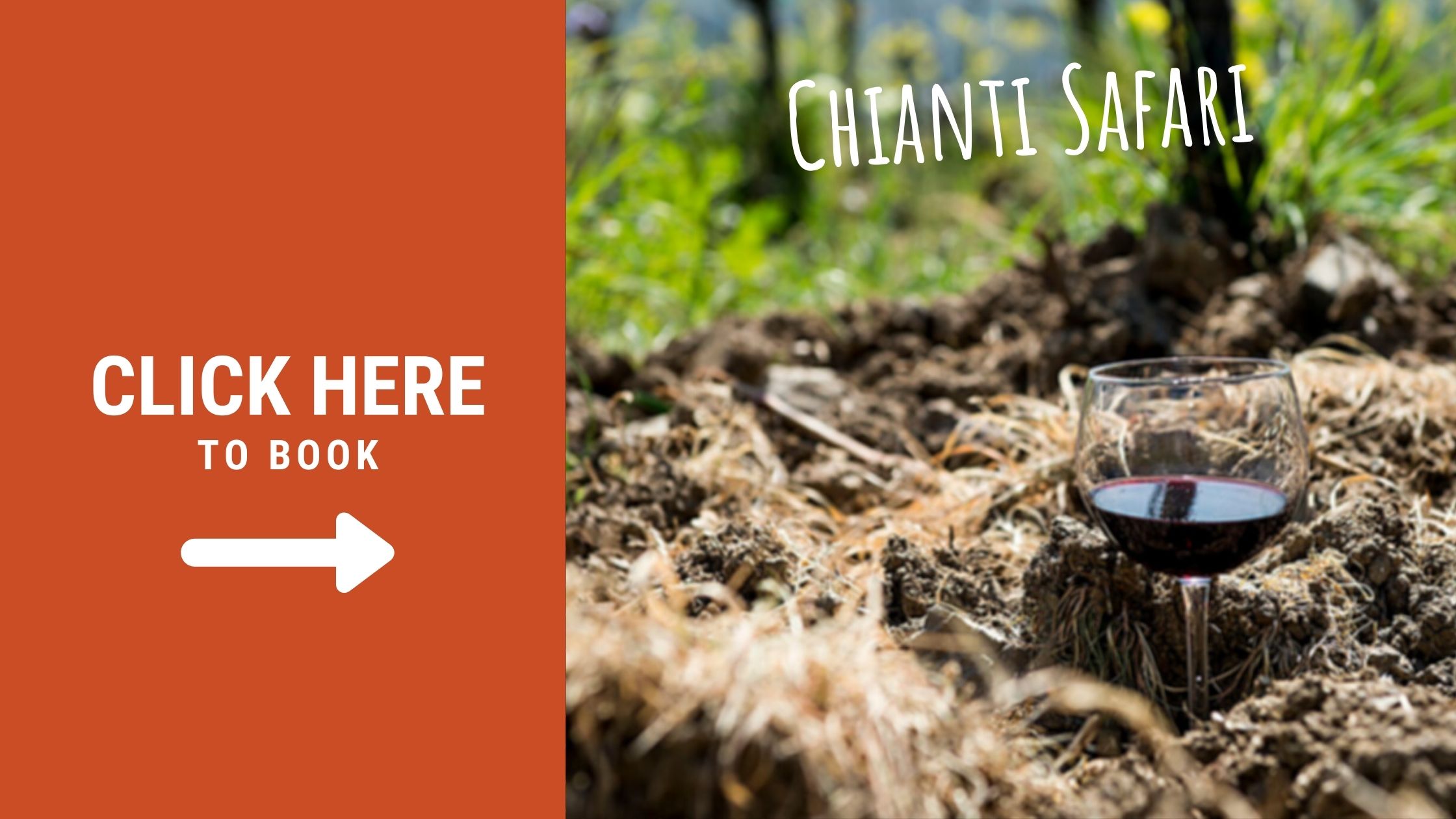 If you’ve ever had Chianti wine then you will probably be surprised to discover that it was originally a white. We have sources dated as early as the thirteenth century commenting on the high quality of the grapes that were grown in the hills and mountains around Florence, but these were usually white grapes.

As the centuries wore on, the Sangiovese grape was included in a higher ratio, and the wine began to be characterised by its red colour.

In the eighteenth century Cosimo III de Medici initiated the regulation of the industry, and the duke’s borders define what is today known as the Classico subregion. 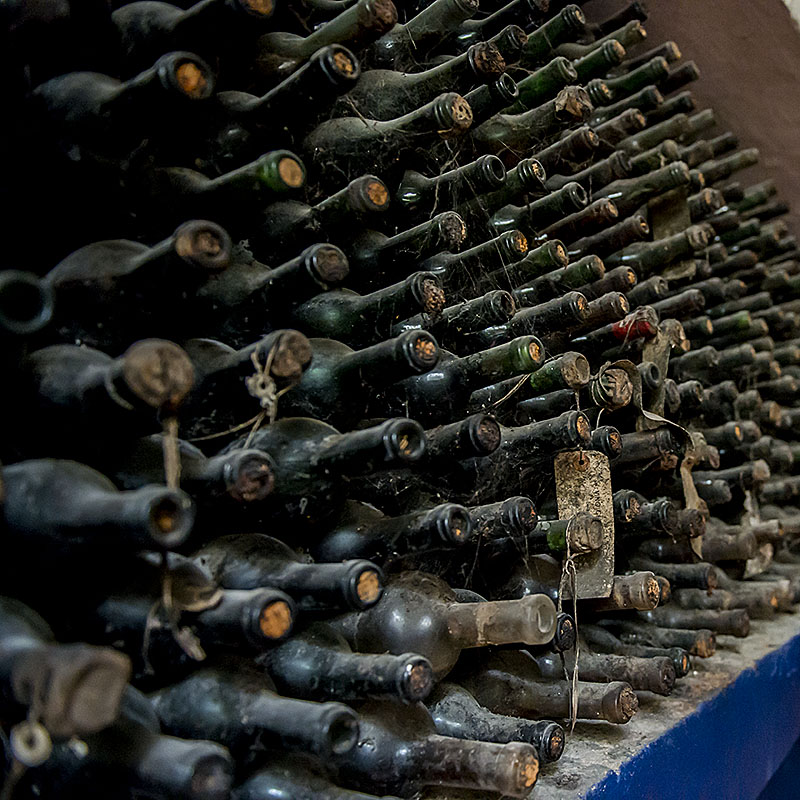 The more recent past & the present

By the twentieth century production had reached such a prodigious scale that it became an easily affordable wine of questionable quality. Since the 1980s the production process has improved and the quantities have been reduced, resulting in a much improved quality. Chianti’s rehabilitation has been highly successful, and it is now served at some of the very best restaurants across the globe.

Where Is It Produced?

Situated between Florence and Siena with some areas extending towards Pisa, this region of Tuscany (as defined in 1932) stretches over 100 miles from north to south. Historically, the winemaking area is much smaller, and the original zone was delimited officially by the Medici family, in 1716. It encompassed four main villages: Radda, Gaiole, Castellina and Greve. 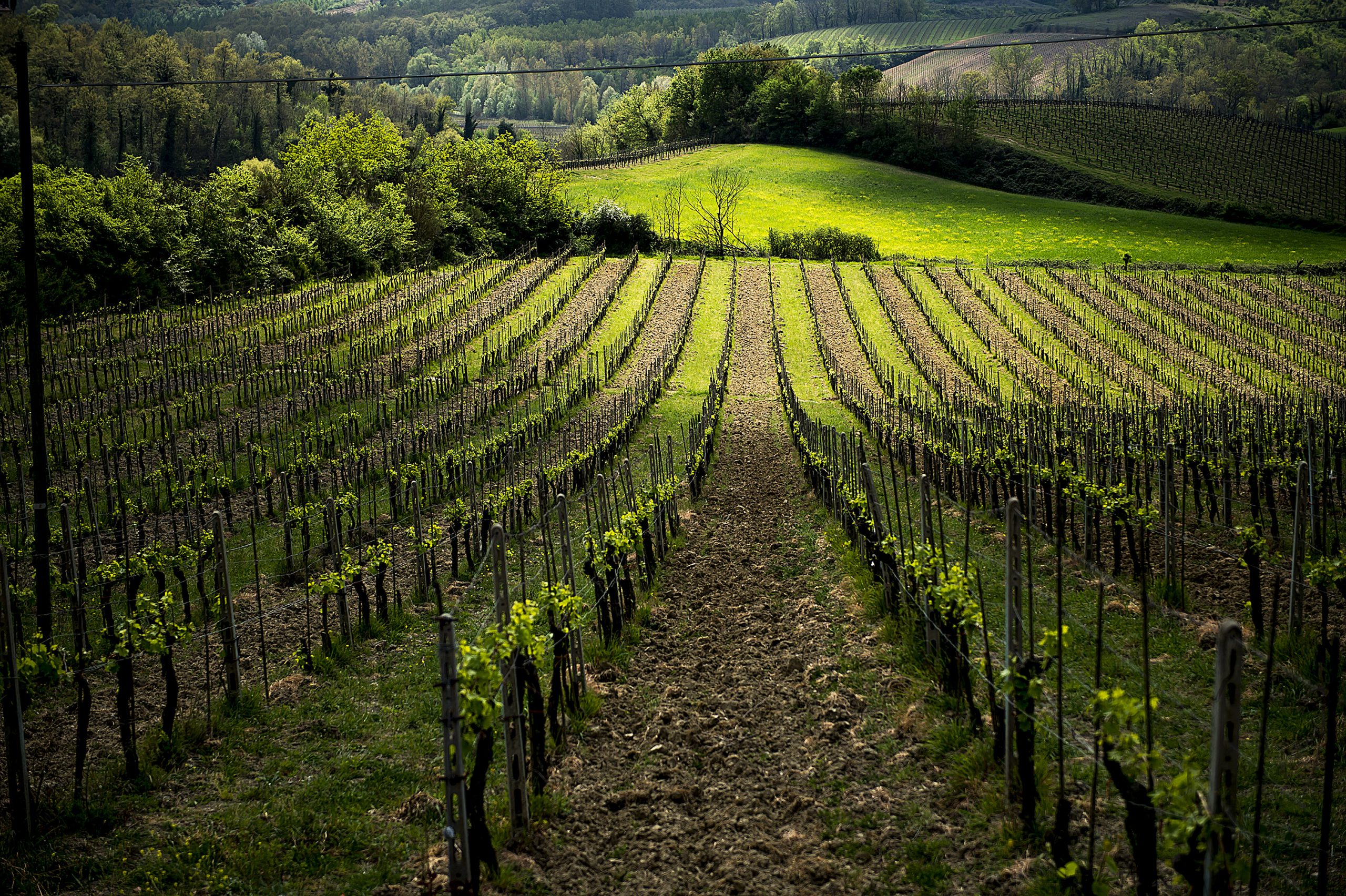 In the enlarged, modern-day winemaking region there are eight subzones in total.

The common name of ‘colli’ or ‘colline’ translates to ‘hills’, and as soon as you enter the territory you’ll understand how appropriate this name is. The roads wind up and around endless hills to connect the villages and towns. Some of the best wines come from the most hilly areas.

How many wineries are there in Chianti?

It is estimated that there are 7,000 producers across the more than 100 municipalities. That equates to about 24,000 hectares of vines, of which around 7,000 are found in the Classico zone. 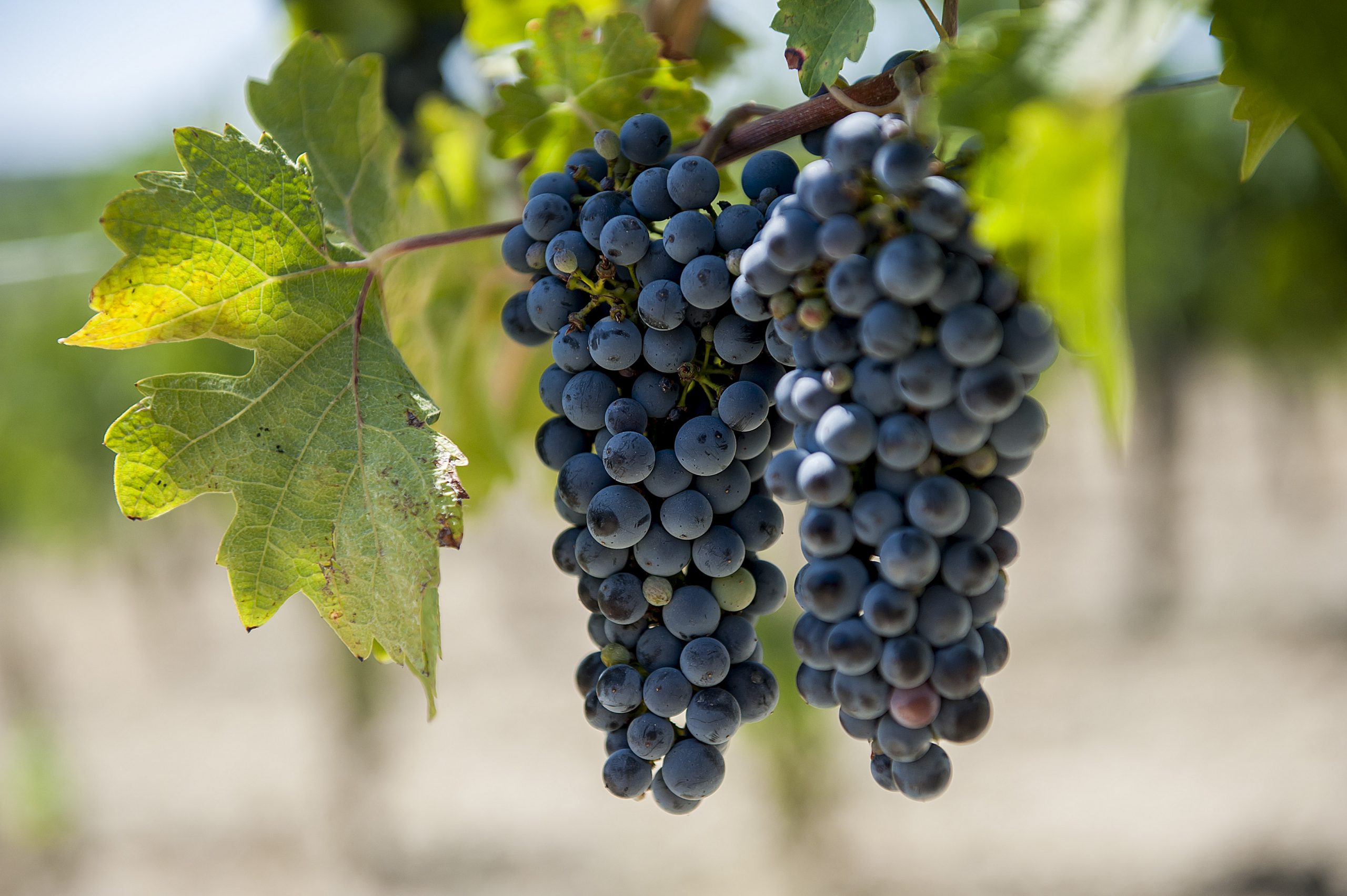 Our tours offer the perfect opportunity to explore the wine’s sensory complexities, which are subtle and overt in equal measure. The coarseness and tartness come from the tough skins and strong flavours of the Sangiovese grape used. Alongside these are the more subtle features. Flavour notes that are usually identified include dried herbs, cherry, balsamic vinegar, smoke and leather.

However, that’s not the full story when it comes to wine tasting in Chianti.

There are many elements that come together like an orchestra to create a symphony of tastes, each with its own subtle variation on a theme.

“When it came to tasting, our guide made sure we knew what we were doing so we could identify the subtle flavours in the wines and olive oil that we tasted.”

Ageing is a particularly crucial aspect in defining flavours, and you will come across Chiantis that are generally aged six months, nine months (Superiore) or around 38 months (Riserva). The longer the ageing the softer the tannins, giving a smoother experience on the palate. Younger wines tend to be more simple and tart.

As mentioned, the region is divided into subzones, and each area produces identifiable characteristics in the flavours you’ll encounter.

For example, Chianti from Colline Pisane is light in body and colour, with notes of soft fruit and violets. This is due to the conditions in which the grapes are grown: the area is lower in altitude and closer to the sea than the other subregions, so the vines grow in a milder and drier climate.

Top tip: The grapes of the Rùfina zone are cooled by the area’s summer breeze, yielding a vino that is elegant and easy to drink. 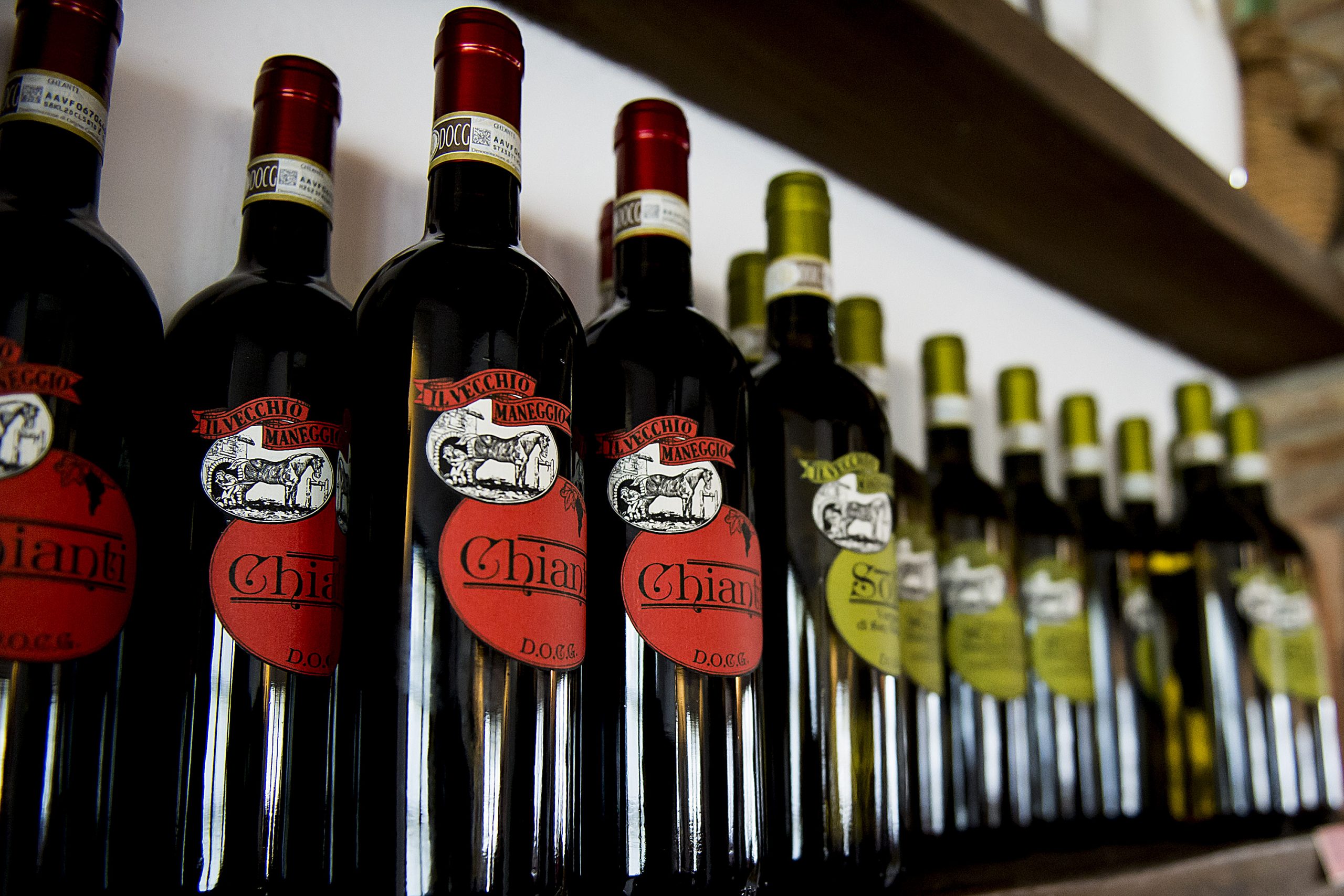 What Is the Best Way to Drink Chianti?

Each of the guides who accompany you on our wine tasting in Chianti tour aspire to teach you how to drink and appreciate this wine.

Do you drink Chianti chilled?

It should be served chilled but not cold so it’s recommended that you store it at 55-75F. Some people will even chill the glass in the fridge for a few minutes before serving to achieve the maximum refreshing experience. When you’re tasting wine in Chianti’s many wine estates, you’ll likely drink from bottles that are stored in the cellar where the temperatures are slightly lower and more consistent.

Should you breathe Chianti?

It can taste very acidic when the bottle is first opened. Some people like that particular experience, but you can access the background flavours more readily if you decant and aerate the liquid for a few hours before you serve it, or even just swirl it a few times in the glass before you sip.

“Every time we buy wine we think about all the special things, labels and details that go into it.” 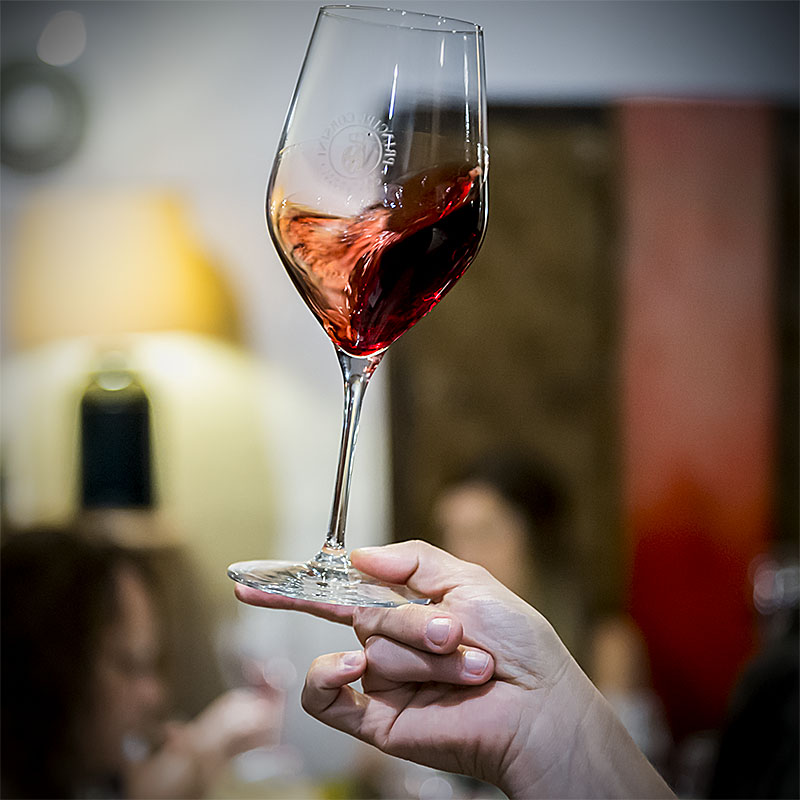 How to drink Chianti

The wine should be poured into a red wine or Chianti glass, which you hold at the top of the stem. Maintain a height of six to 10 inches, or 20 to 25cm, from the glass as you pour to encourage the aeration and to release its nose. You should fill the glass no more than one-third or half full.

Raise your glass to eye level and swirl gently. It should be a deep red with purplish tones. Inhale through your nose as you swirl – you should detect scents of flowers, cherries, tea and leather. Repeat this a few times as you will probably pick up different aromas each time.

If you’re looking to explore the complexity of flavours that evolve over time you should let your bottle age in a dark cellar before opening. Your bottle should be opened between one and eight years after purchase, unless you have acquired a really exceptional vintage, in which case waiting 10 years or more will set you up for a sensational experience.

An opened bottle can last three to five days, especially if you store it in the fridge.

What goes well with Chianti?

Once you’ve familiarised your palate with the wine, you should consider food pairings. If you’ve joined our tour for wine tasting in Chianti you’ll be offered pairings with regional cheeses and salumi – cured meats like prosciutto, bresaola and capicola.

If you’re drinking a young Chianti with a meal then you should look for pizza and other tomato-based dishes. If it’s an aged Riserva, then game, roast lamb, veal and steak will combine divinely with your drink. 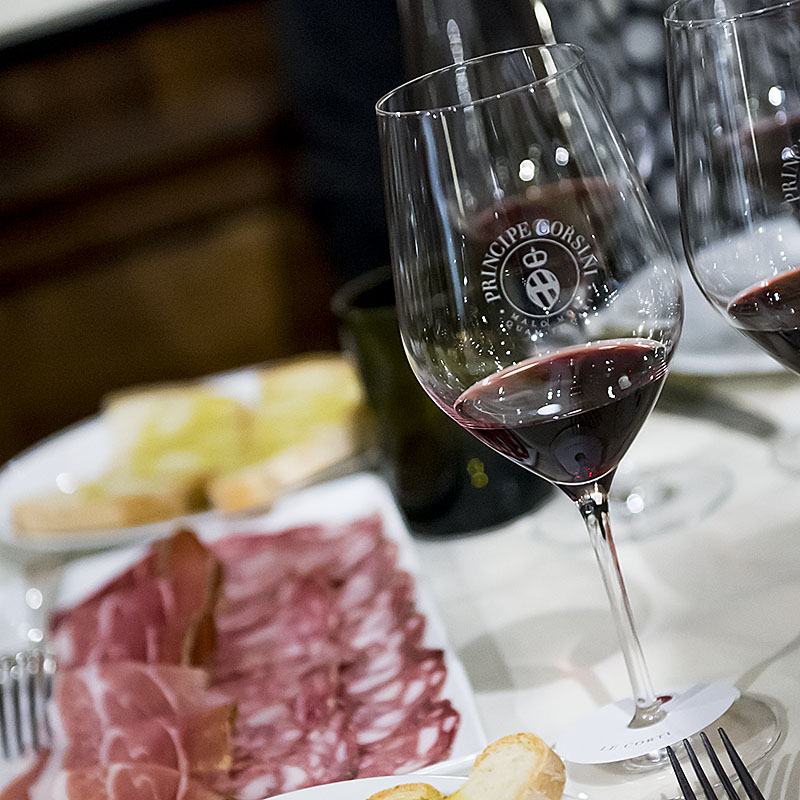 What Happens on a Tour?

When we put together this tour we wanted to give our guests an experience of wine tasting in Chianti like no other. We wanted them to be able to connect with the land that grows the grapes and to get more than just a distant, sanitised view of the ancient vineyards from the seat of a traditional coach restricted to the road map.

We decided that the best way to tour these vineyards was to be immersed in them with an off-road experience. And so the concept of the off-road safari was born. With the help of some inspirational Italian engineering, we managed to commission a customised off-road vehicle that we affectionately call ‘The Beast’. She can set off across the rolling hills and take you to the heart of the vineyards themselves. Featuring huge windows, you’re seated high up to get an immersive and comfortable experience as we drive you cross country.

“As soon as we got on The Beast the trip took off to an experience that honestly was burned into our souls.” 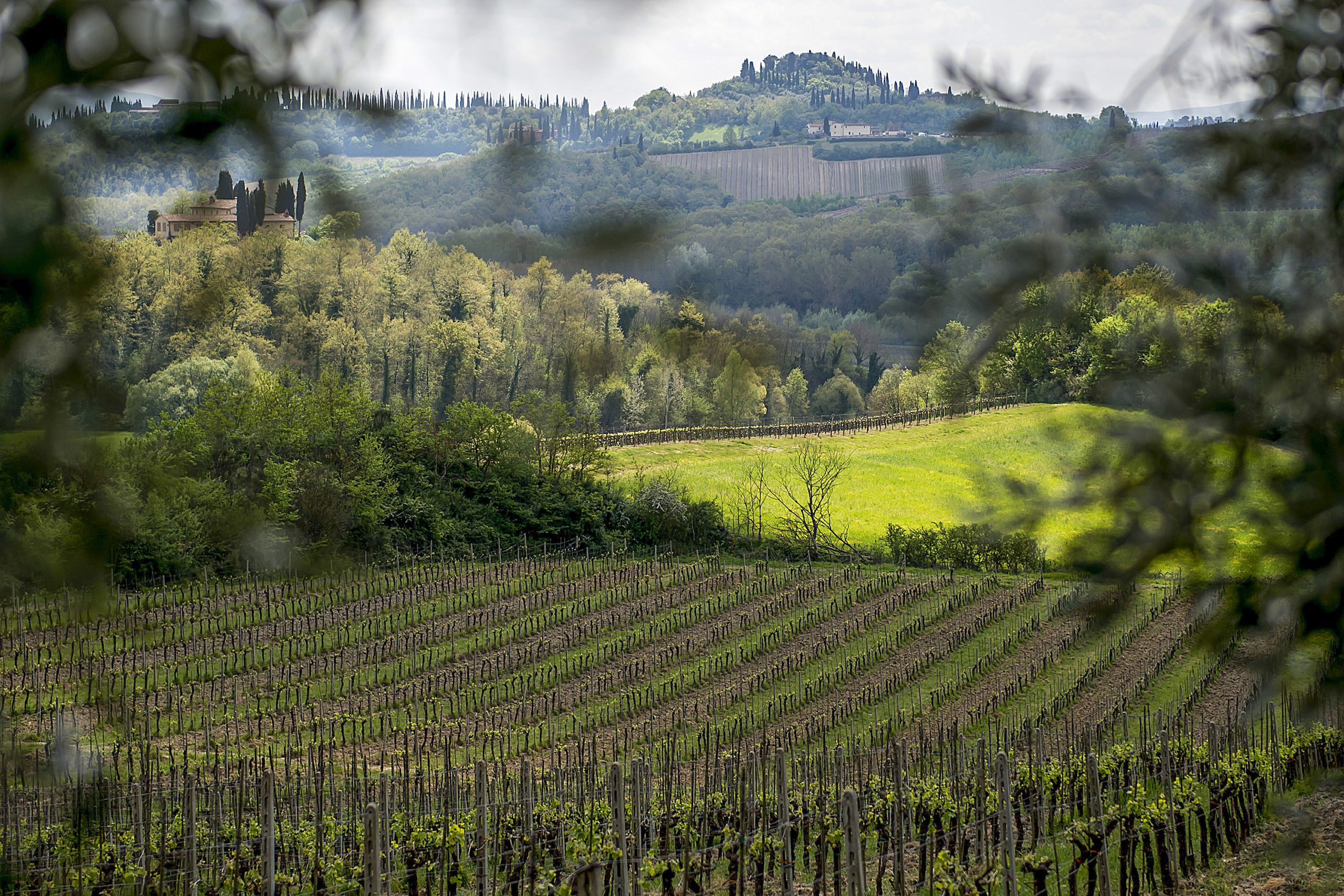 Over the course of the day there are four scheduled stops.

Our wine tasting in Chianti excursions are small and intimate. You’ll get to know your expert guide really well, and you can expect sommelier-level instruction from them.

We’ve been leading tours to some of the most iconic vineyards and estates in Tuscany for years, and we never tire of sharing the best of our cultural heritage with visitors from all over the world. Join us for a fun-filled, wine-soaked and educational day trip from Florence – we look forward to meeting you! 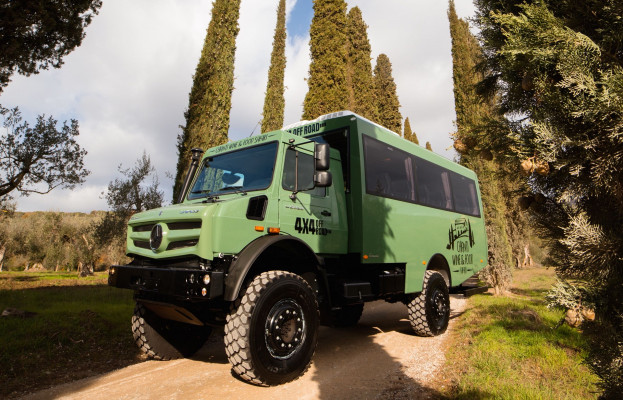