HOME > BLOG > Where is Cinque Terre in Italy? A Man Made Geographical Phenomenon

The Cinque Terre is one of the worst kept secrets in Italy (and possibly the world!). With a stunning location, jaw-dropping views and its perennial appeal to both local Italians and visitors, this magnificent part of the world delivers everything the travel brochures promise and much, much more. It’s almost guaranteed that once you’ve visited you’ll be forever smitten…

Over the past few decades the region has risen to enjoy an extraordinarily high profile and it’s on countless people’s wish lists, bucket lists and dream holiday travel itineraries. It’s not hard to figure out just why these five tiny villages strung together on the dramatic edge of the cliffs are so popular. The combination of landscape, cultural authenticity, cuisine and history make it a truly well-rounded holiday destination for even the most discerning of visitors.

But not everyone who visits is aware of just how unique this place really is in terms of the link between its geography and the history of its settlement. In fact, if it wasn’t for the intrepid men and women that risked their lives and livelihoods to establish the towns over the past centuries, it would not be the incredible tourist drawcard that we know today. Instead it could just be another piece of spectacular, but inaccessible wild coastline.

Here at Walkabout Florence we love to bring the stories of this wonderful region to life on our Cinque Terre day trip from Florence. It’s one of our most popular trips and our passionate local guides are experts on the history and culture of the area. If you’re considering a visit to this gorgeous part of the world it doesn’t hurt to have a head start, though, so read on for some of the history and interesting information about this man-made geographical phenomenon, then allow Walkabout Florence to take you there on a day to remember. 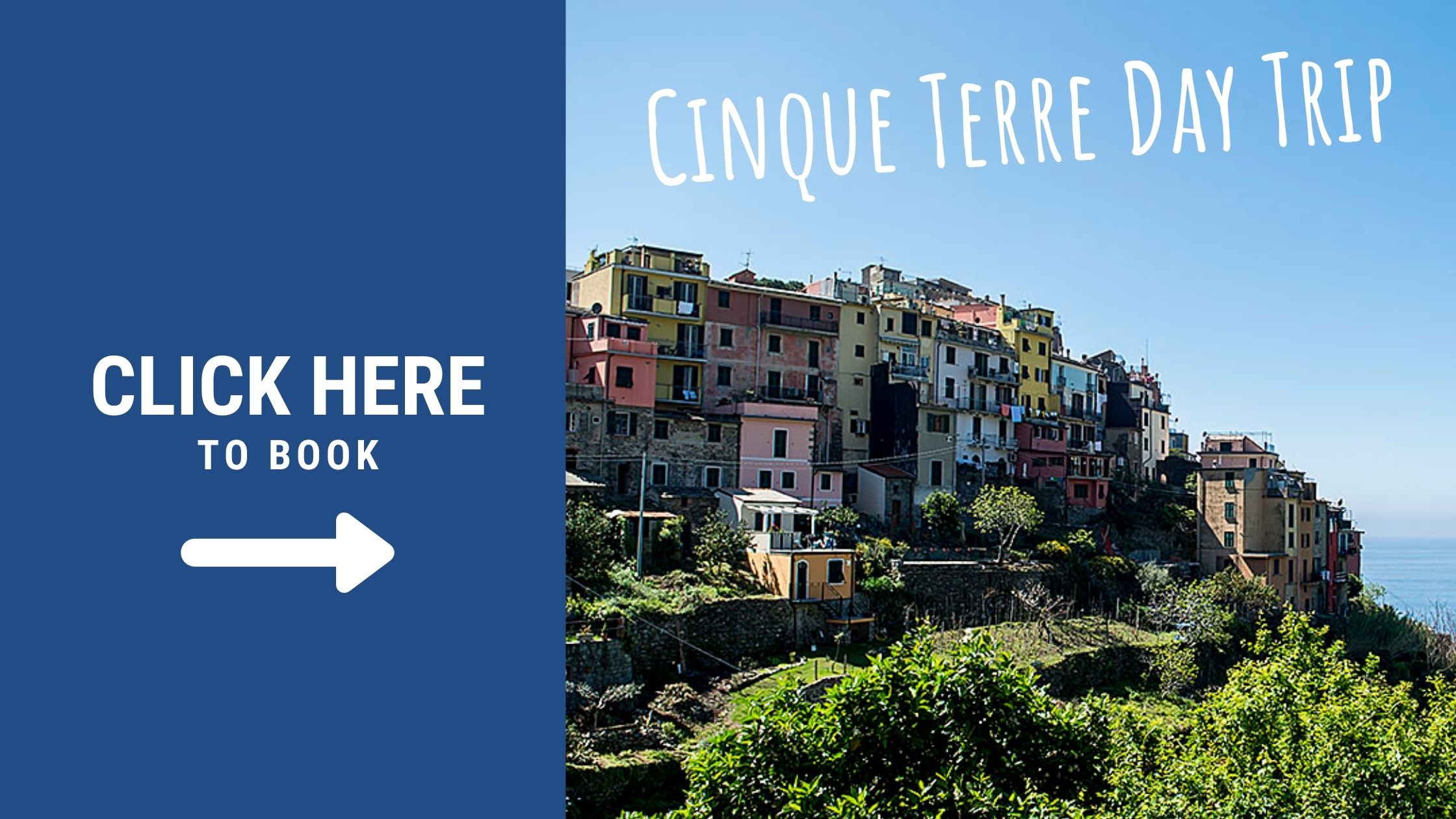 Since settlers first arrived here on the Ligurian coast, the region we know now as Cinque Terre has been claimed as one of great agricultural value – despite appearing rather inhospitable at first sight. But as far back as the Bronze Age, far from being put off by the steep, ragged cliffs that fall away dramatically into the sea, Man has taken on the landscape and turned it to an advantage.

With its strategic vantage point, the fifteen-kilometre stretch of coastline was much coveted by the Romans and, later, the Saracens. When the Saracens arrived in the ninth century, they razed the villages and the local people fled into the hills. Fast forward to the eleventh century and the land was taken back by a Tuscan family (the Obertenghi) who ruled the area. Even though pirate attacks were still a menace, people began to return to the settlements on the coast and to establish permanent dwellings from which their agriculture efforts took off in earnest. 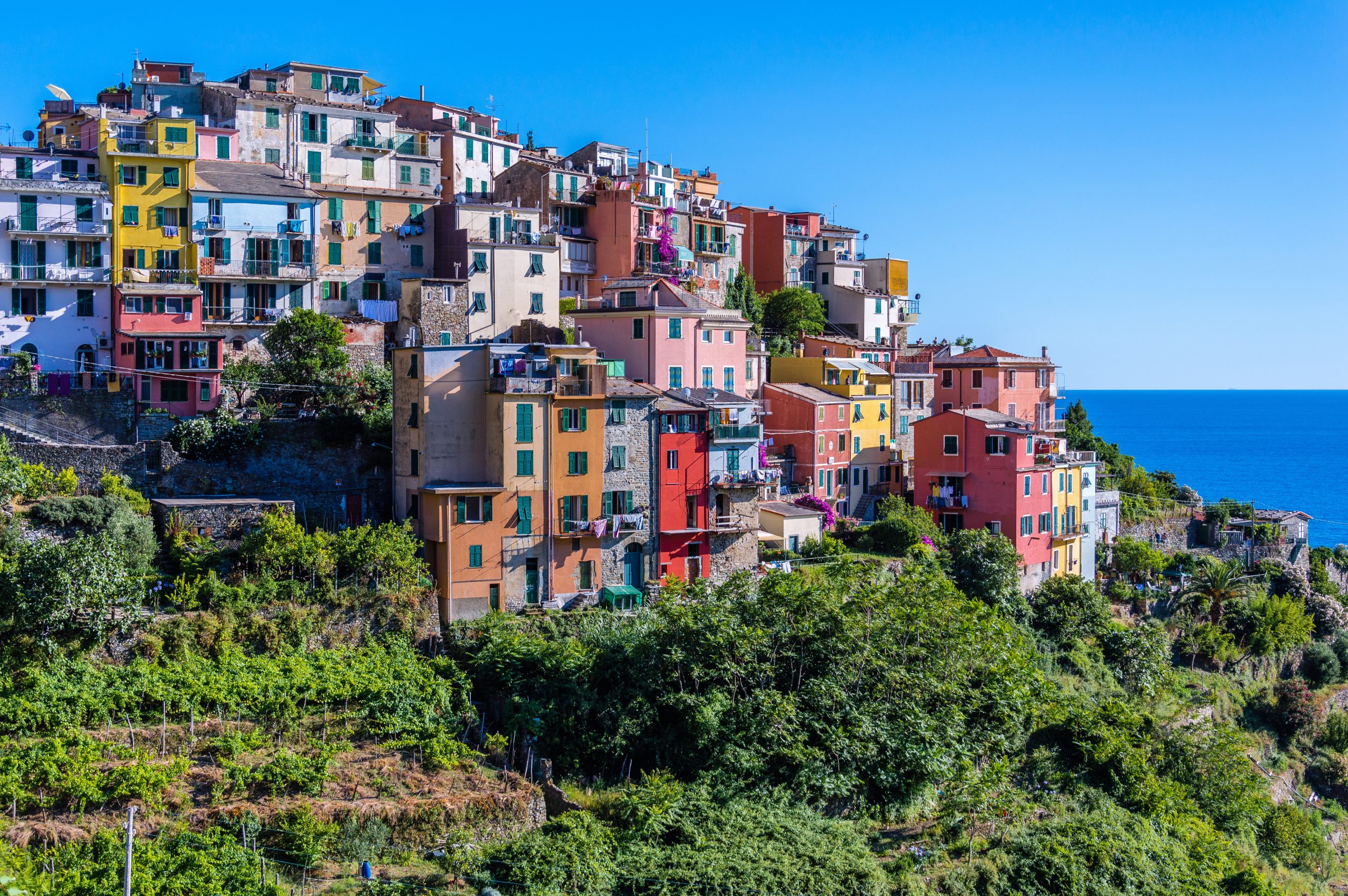 A Region Built on Agriculture

When the local tribes returned from the mountains in the twelfth century, they had a tough job ahead to transform the forested slopes around the villages into terraces. Cut entirely by hand, some of these terraces are as long as two kilometres and extend as high as 400 metres above sea level. They’re strengthened by dry-stone walls, again laid one by one, and ‘cemented’ together with smaller pebbles.

The slopes have been almost totally modified from their original form specifically for the purposes of agriculture (as such, this so-called ‘artificial landscape’ achieved UNESCO World Heritage status in 1997). While the terraces dominate the steep slopes around the villages, higher up the vegetation remains virtually untouched and provides a habitat for a large range of animal species. These include wild boars, foxes, badgers, weasels, seagulls and peregrine falcons. The region is also renowned for the varied flora it sustains, including succulents, rosemary, thyme, chestnut, lavender and Aleppo pine.

The area covered under the protection of the Cinque Terre National Park (since 1999) is not large, at around 38 square kilometres – in fact, it’s the smallest in Italy. But it is recognised as one of the most impressive examples in the country of a human-modified landscape. Powered only by human settlement, the steep, irregular coastal terrain has been moulded, hewn, carved and shaped by hand over more than ten centuries. In a testament to the endurance and perseverance of the early settlers, the stone-walled terraces that help define the iconic beauty of the region, continue to take on the challenges of geography and weather and, incredibly, produce their abundant bounty of grapes, olives, lemons and more.

The five small villages – Monterosso, Vernazza, Manarola, Corniglia, and Riomaggiore – while appearing to balance precariously on the edge of the dramatic cliffs, are every bit as much a part of the landscape as the terraces and mountains that rise behind them. Far from being an eyesore, as is often the case when man and nature collide, the villages are in absolute harmony – even within themselves, connected by the coastal trails that link them.

The geography, weather conditions and man-made modifications of the  region render it unique – not only in Italy but the world. Even more unusual is the fact that more than 5,000 permanent residents live within the area of the National Park, as it includes the five villages. 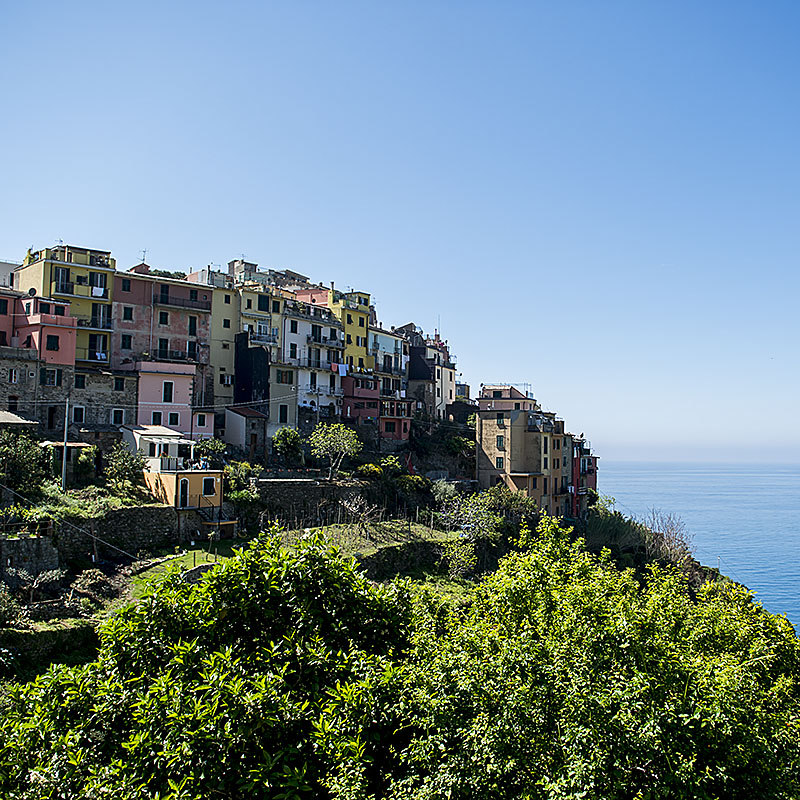 UNESCO has recognised the priceless value of the Cinque Terre on its World Heritage List as a “cultural landscape”, a status that isn’t bestowed lightly.

It’s been classified as an “organically evolved landscape” meaning it’s the result of “social, economic, administrative or religious motivation” and developed in association with and response to the natural environment.

To attain its World Heritage Listing it had to satisfy three criteria, which, according to UNESCO are (quoted):

“It shows an important exchange of human values, in the course of time or within a cultural area of the world, in the field of the architectural developments or in technology, in the monumental arts, in the urban and landscape  planning.”

“It is a remarkable example of a type of construction, architectural or technological whole, or of a landscape showing a significant moment of human history.”

“It is a remarkable example of traditional human settlement or of one culture’s typical soil use, especially if vulnerable due to the impacts of irreversible changes.”

It meets the criteria in terms of how the landscape has been shaped to suit agricultural practices, by use of the terraces, dry-stone walls and the settlements (villages) themselves. 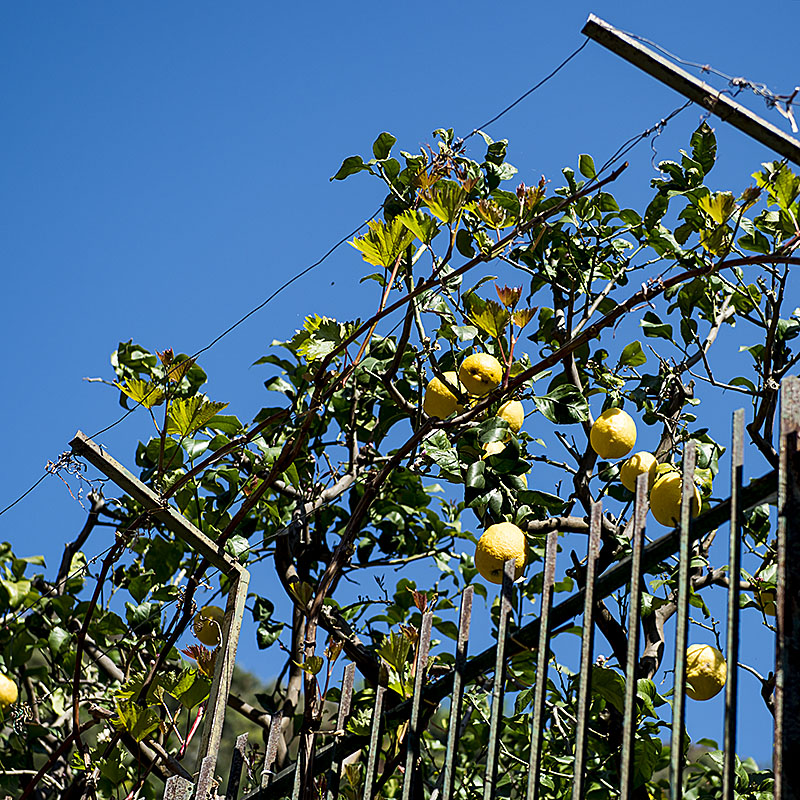 A Marriage of Man and Nature

The terrain on which the local farmers tend their vines and olive groves requires constant maintenance, and his has been achieved with a genuinely collaborative approach dating back to the Middle Ages. Numerous small settlements were established, both on the coast, right onto the rock, and also in the surrounding hillsides. Usually the settlements were constructed around a central church or castle, with the houses partially made from the local stone – meaning they really are an authentic part of the natural landscape.

All over the terraces small stone huts were constructed for the farmers to shelter from the inhospitable elements during grape harvest time. Often these were grouped together, forming a mini settlement right on the terraces.

The five villages that we know so well today did not arise until later in the Middle Ages, with all but Corniglia built right on the coast, strategically layered and spilling down to the sea. Corniglia was built on a promontory facing out to the Ligurian Sea.

That the region has largely thrived over the ensuing centuries (with a few hiccups along the way) is an incredible testament to ongoing dogged human endeavour, with the stoic residents having endured many and varied challenges and hardships over the centuries. The stone walls which are so vital to the survival of agriculture on the hillsides need to undergo constant maintenance and repair, and the ancient traditions and methods of viticulture endure to this day.

Along with the terraces on land, the region became important for fishing and the two aspects quickly came to define the local culture and traditions. As well as the wine, olive oil, lemons and honey, the area is synonymous with all kinds of seafood, but particularly anchovies. The entire local cuisine is based around fresh ingredients pulled daily from the land or surrounding sea, and the culinary traditions of the five villages have also remained almost unchanged over the centuries.

The Challenges of the Landscape

Over the years the landscape has suffered at the whim of the elements and multiple natural disasters including a massive storm in the seventeenth century that decimated the entire grape crop of the area. While many of the villagers have had to leave at various times over the years, the population has always returned and expanded. By the 1850s, more vines than ever were planted on the terraces as the local wine market boomed. 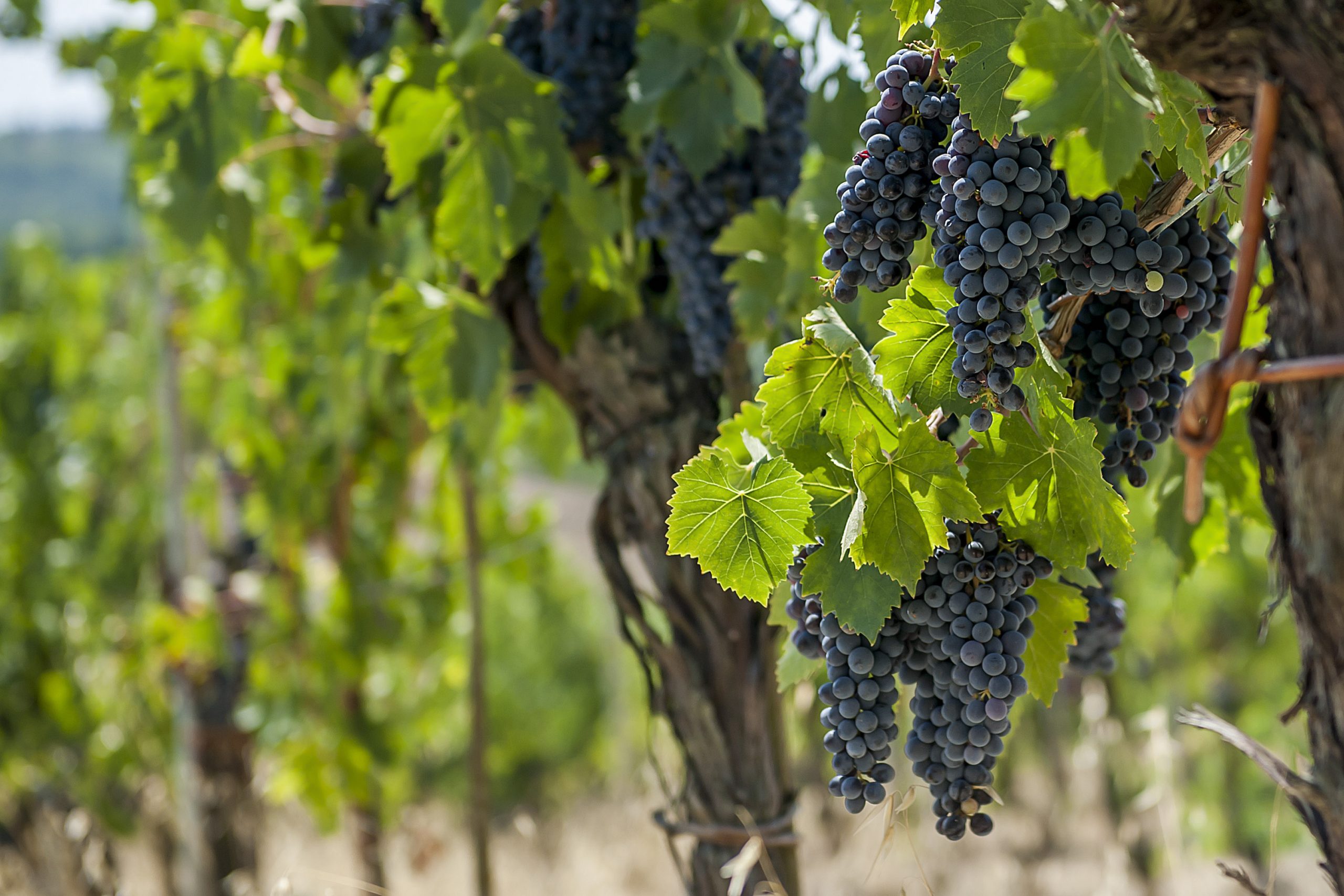 The Railway, Tourism and the Landscape

The geography of the landscape meant that for centuries the area was only accessible by sea. It wasn’t until the 1870s, when Italy was finally unified, that a network of railways began to be constructed. When the Genoa to Rome line was built, it passed through the region and allowed the five villages of the Cinque Terre to be reached, changing the locals’ lives forever.

It wasn’t until the 1970s, though, that tourism began in earnest, after an American journalist was entranced by the stunning natural beauty of the region. It’s hard to imagine that for so many centuries a place as magnificent as this was valued solely for its agricultural purposes. But the unique symbiotic relationship between man and nature has resulted in a place whose touristic importance has become a vital and intrinsic part of its cultural and historical fabric.

However, despite its reliance on tourism, there are strict rules in place in terms of development of facilities, which is why the area has retained so much of its charm. With its UNESCO World Heritage status, it has been recognised as a place of such cultural value that numerous restrictive conservation regulations protect not only the flora, fauna and landscape of the National Park, but also the buildings, sites and terraces of the villages themselves.

The protected religious buildings and churches are regularly maintained and restoration processes are enacted when necessary. While the maintenance of the terraces falls to the farmers and owners, management plans have been envisaged to support them. 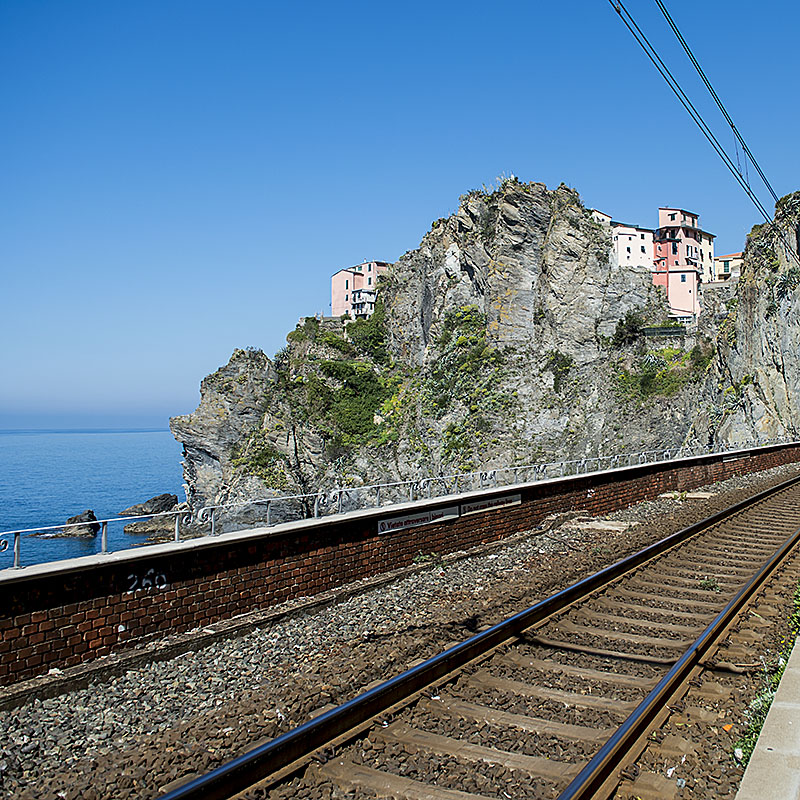 A Unique and Beautiful Place

While of course most people are drawn here to soak up the views, like the trails, immerse in the history and indulge in the cuisine and general ambience of this lovely place, you should take a moment to consider the incredible man-made feats that make it what it is today. In a rare occurrence, a spectacularly beautiful natural landscape has actually been enhanced by the hand of man.

Here at Walkabout Florence we’re one of the most renowned and trusted operators in the business. Our fantastic range of authentic tours are designed to show you the real heart and soul of this magical region through its art, history, culture and food – and all with a healthy serving of fun! Whether it’s one of our wine and food safaris, a Fiat 500 or Vespa tour, one of our excellent cultural tours, our friendly and local guides will ensure you have the most unforgettable time of your life. 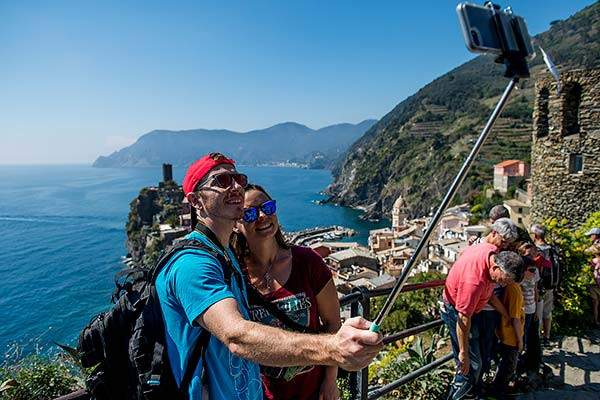