Think of Florence and fleeting images of the Duomo, imaginings of the Ponte Vecchio at sunset and the stunning views across the iconic skyline from Piazza Michaelangelo are the first things that generally come to mind. It is not often the Vasari Corridor is high on the list of Florentine highlights, and yet this is one of the most incredibly fascinating architectural works in Italy – some say the world. Its magnificent appeal is much more than skin deep, however, and when you uncover the leaves of its history from its birth to the present day you soon see that beauty lies in every intricate detail.

The corridor has been closed for ten years (read on to find out why) but is due to open in 2021, so why not get your exclusive tour booked now along with your Uffizi tickets? Before you go, here is some background on the Renaissance gem that awaits you. 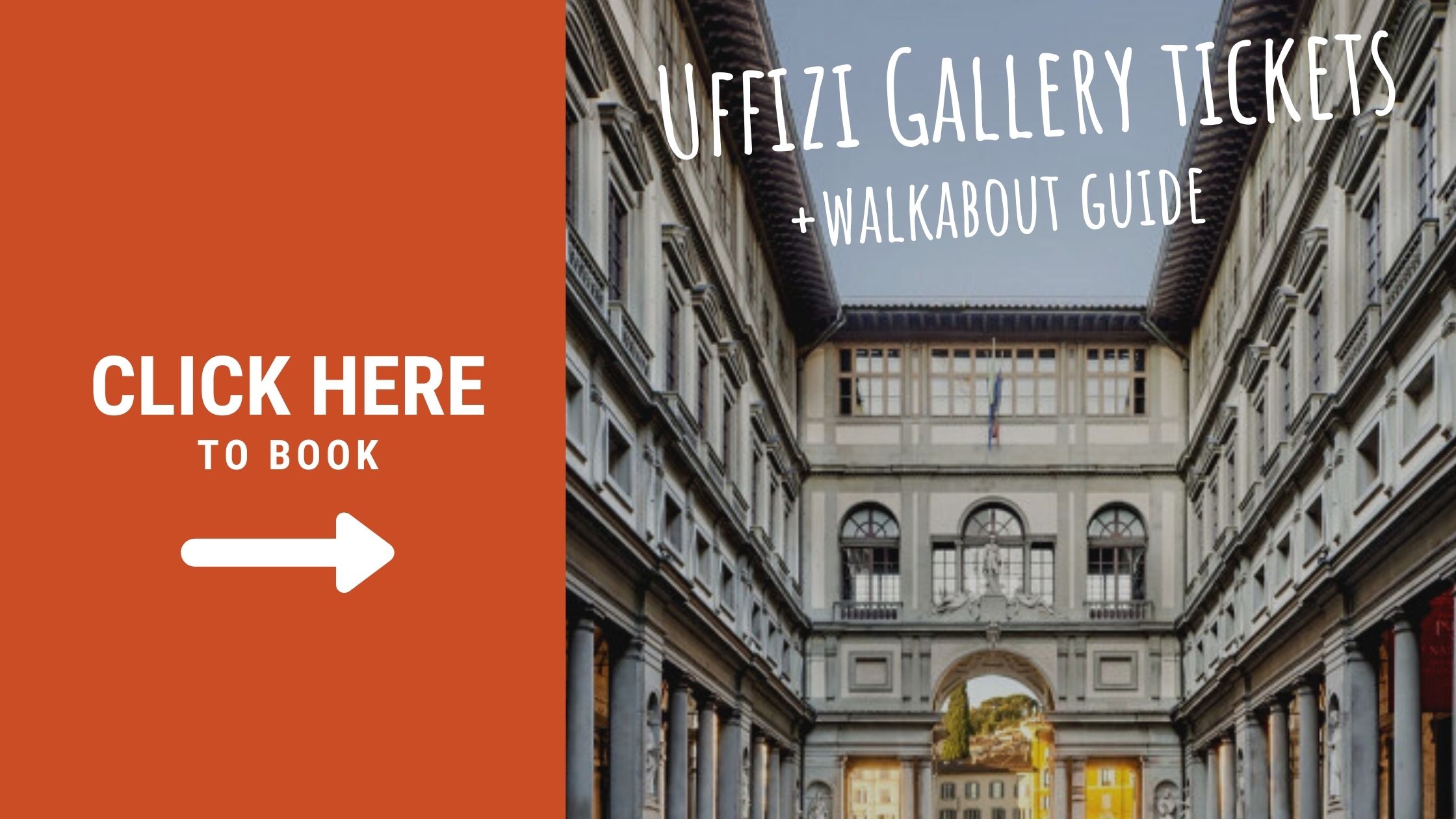 The Many Lives of the Vasari Corridor

From Arezzo, close to the birthplace of Michaelangelo, Vasari was a painter and architect by trade, although he began his career as the first known art historian. He was a favourite craftsman of Cosimo de’Medici, who entrusted him with several projects over the years, the biggest being the famous corridor. In 1965 Cosimo announced that he wanted the corridor built to celebrate the wedding of his son, Francesco I, who was to marry Joanna of Austria. The build only took five months to come to fruition, well in time for the big day. 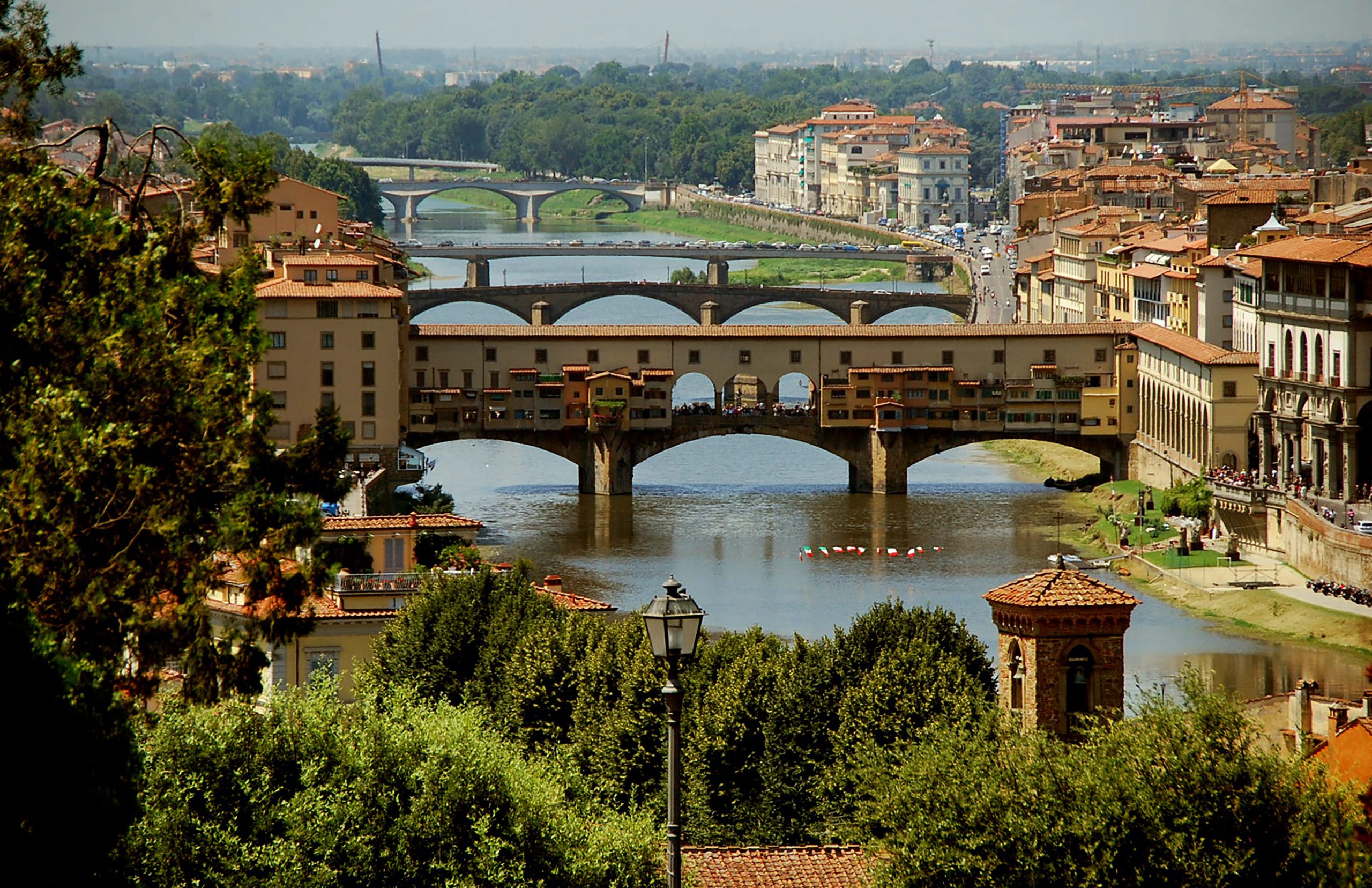 The corridor is an elevated passageway that includes small windows that look out over the streets and the River Arno. It was built so that the Medici family could move to and from their residence in Palazzo PItti to the political hub at the Palazzo Vecchio. The distance was only a kilometre, but the Medici family didn’t always walk it, sometimes using carriages to take them along the route. Some historians believe that there would have been benches along the way too, in case anyone on foot needed to rest.

The construction of the corridor wasn’t straight forward and there were a number of medieval towers that crossed its intended path. Owners of these towers were given no choice but to donate space in their properties for the walkway to pass through. One family, however, put up a tough fight: the Mannellis. They were having none of it and strongly resisted the development. This was brave, as to defy the Medici family could have been an expensive and dangerous move. In the end though, Cosimo began to admire the courage of the family and appreciated what it took to stand up to him, so he agreed not to pass through their home with his build. Instead the passageway was to go around the Mannelli home. Standing at the end of Ponte Vecchio, where it connects to Via Bardi and Via dè Guicciardini, you can see the construction is interrupted by the diversion. 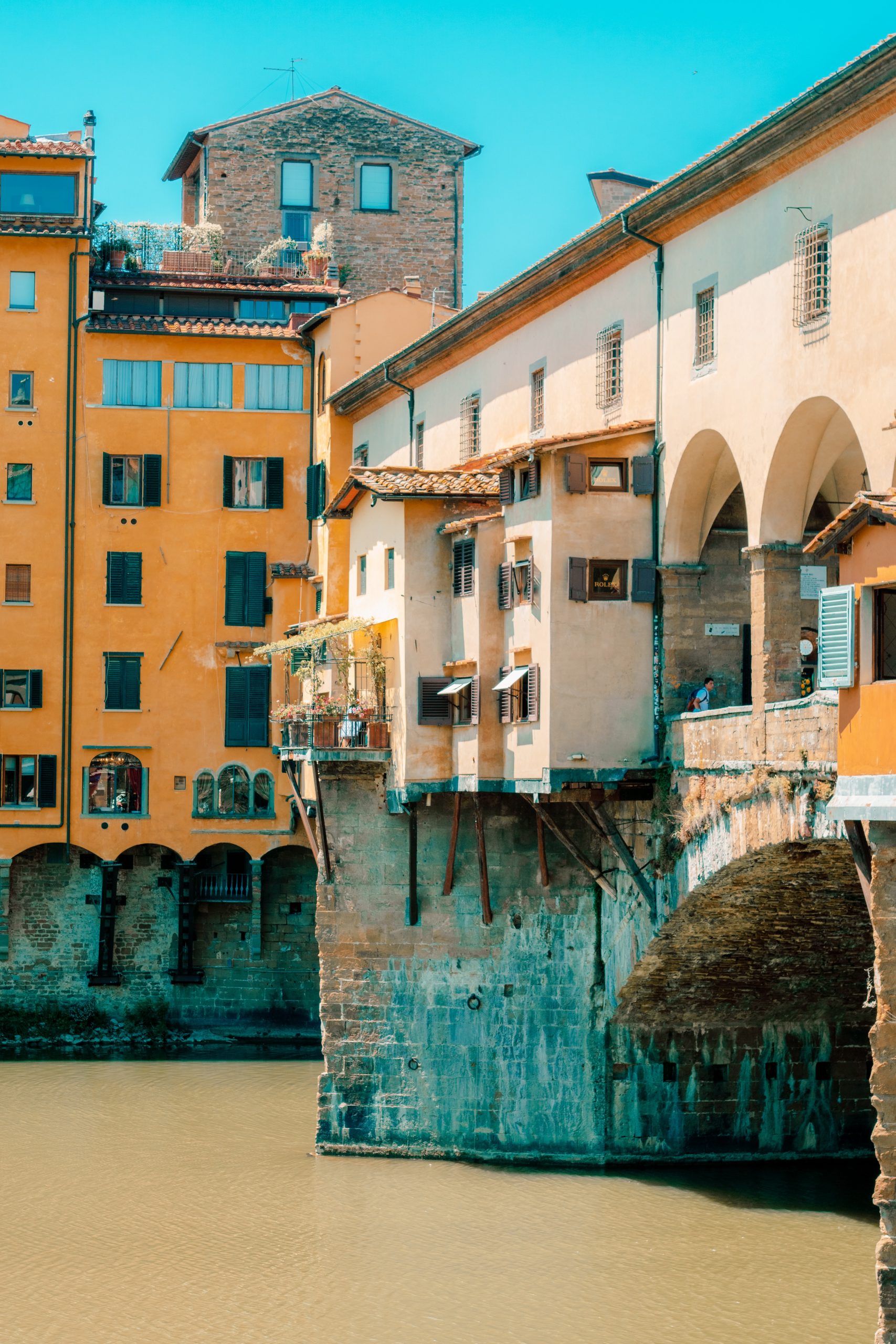 Interesting Fact: Originally Ponte Vecchio was home to a number of butcher shops. It was close to the river, which meant that waste could easily be disposed of. You can imagine the stench! Once the plans for the development came to light, the butchers were all told to move and were replaced by much more prestigious jewellery shops. These shops still characterise the bridge today.

The Corridor’s Life after Vasari

Vasari died shortly after Cosimo in 1574 and the walkway continued to function as it was intended for nearly a hundred years. In the mid seventeenth century, however, Ferdinand II lost interest in the walkway and its raison d’etre, following which, Cosimo III (who also stopped using it completely during his 53-year reign), passed governing power to Francesco Stefano di Lorena, the future emperor.

The last descendent of the Medici family was Anna Maria Luisa, and it was this lady, along with Francesco Stefano, who left the legacy of the Vasari Corridor to the city. Following this, the Uffizi became public and the two together inherited the label of museum.

With the demise of the Medici family, came the end of the passageway’s exclusivity. Today it exists as a small museum separate to the Uffizi Gallery, although you enter it via the first floor within the gallery behind a rather intriguing unmarked door. (Tickets must be purchased alongside Uffizi tickets.) It is rather fitting that the door is understated and easy to miss; it means that only those in the know get to really experience the treasure that lies beyond.

Stepping across the threshold and into the long, seemingly endless dimension, you are transported into an otherworldly space. It is silent and yet every corner metaphorically screams at you, enticing you to take a closer look. 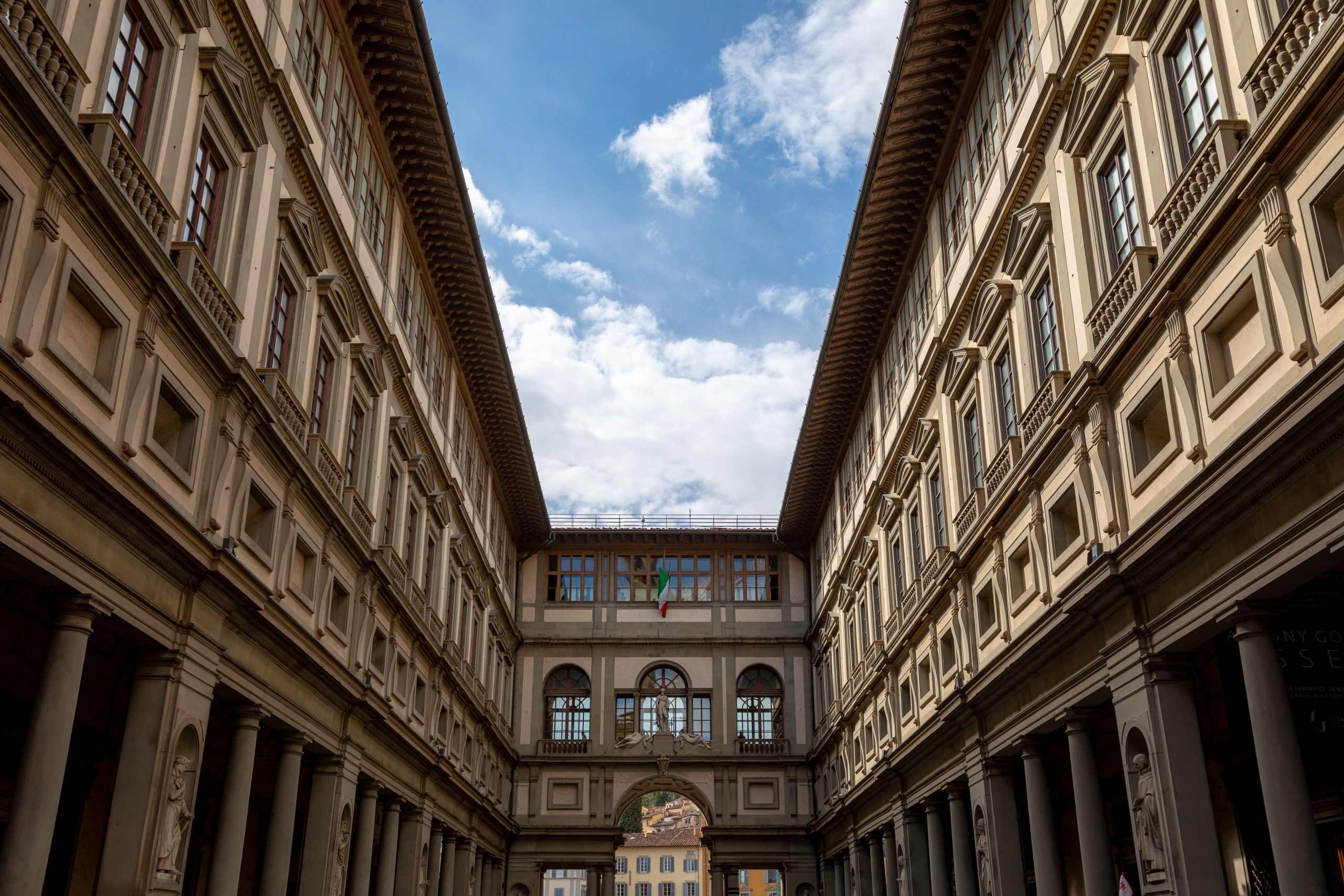 What to Expect Inside

There were some pretty strict guidelines put in place in 1973 and the works of art on show that date primarily from the sixteenth and seventeenth centuries are still displayed in line with these. The collection, begun by Cardinal Leopoldo de’Medici in the seventeenth century, is truly remarkable and is acknowledged as one of the most complete in Europe. Post-war, the Corridor became recognised as the distinguished home of the largest collection of self-portraits in the world. Some of the contributors include Filippo Lippi, De Chirico, Delacroix, Chagall, Guttuso, Morandi and, of course, the famous Vasari himself.

The first paintings were purchased by the Medici family but, once the collection became established, many famous painters of the day donated their work to be displayed. Several of the original pieces could not be hung due to a lack of room, however, which is indicative of the extent of the collection. Now that the last section of the building has been renovated, it was decided that this area should display self-portraits of some of the more contemporary artists. Uffizi tickets that include a visit to this often overlooked museum are well worth it for even this alone.

Tragically, the Vasari Corridor fell victim to a devastating terrorist attack in 1993, when it was damaged alongside surrounding houses and other buildings. It was May 26th when a car filled with explosives was detonated next to the Torre dei Pulci, killing five people and injuring many more. Exquisite artworks were destroyed or damaged but many are still, despite their scars, displayed in their original spot as a stark reminder to everyone who visits of what the Italian Mafia did on that fateful day.

It’s Not Only the Artworks that Impress

After moments of contemplation at the section that was so badly damaged, you continue through the passageway and are soon escorted back to the majesty of where you are and what beholds you. The works of art speak for themselves but the views are equally impressive. As you literally walk over the heads of the tourists and locals below, you realise what a privilege it was for the Medici family to have this exclusive walkway. With views across to some of the most beautiful parts of the city, the corridor reveals itself as much more than an art museum. The windows are small so you can admire the vistas from them without being noticed; you can see why the Medici family had their exclusive passage built this way, so they could observe their people without being conspicuous to the Florentines below.

Crossing the River Arno along the prestigious walkway brings you to the most special of views: the Church of Santa Felicita. As you head towards the Pitti Palace from the Uffizi side of the river you come to a window on the left that is today covered with a grate. You can still see the view onto the stunning balcony that has a bird’s eye view into the church. This is where the Medicis stood to attend Holy Mass. The location was private, strategic and most certainly privileged.

It is well known that the Ponte Vecchio was one of the few buildings in Florence that remained unbombed during the Second World War. Who’d have thought that the reason for this is that Hitler so admired the bridge and wonderful views that it afforded, he ordered his troops to save it from the German bombing raids that took place when they were retreating from Florence? He had visited the bridge and the Vasari Corridor as a guest of Mussolini in 1939 and was very impressed. (No need for Uffizi tickets for him!)

Fact: Mussolini had ordered that the windows be enlarged for Hilter’s visit so that he could better take in the stunning views over the Arno to the neighbouring bridge known as the Ponte Santa Trinita. It seems that perhaps the bigger windows and better views may have saved its life in the end.

The Vasari Corridor has always had a strict visiting policy and access is restricted to guided visits and Uffizi ticket holders only. Maybe this is why this magnificent part of Italian history remains hidden to so many visitors, even though from the outside it is on show to everyone, no matter which side of the river you are on.

At the present time this wonderful attraction is closed while extensive renovations are carried out. The plan is to open the passageway between the Palazzo Vecchio, the Uffizi Gallery and the Palazzo Pitti in 2021, so why not be one of the first to see the updated walkway? Book with us at Walkabout Florence and you are guaranteed a memorable visit. A tour of this intriguing feature of Florence’s intricate history will no doubt be one of the most unique experiences you will have while in the city.

Here at Walkabout Florence, we offer a host of day trips in and around the city of Florence. With exclusive access to pre-booked Uffizi tickets and more you don’t have to worry about missing out or waiting in the queues, which can be notoriously long. Our guided tours of the museums are well worthwhile if you want to make the most of your time inside. Maybe you want to discover the city’s art and culture, head out into the countryside to taste the famous wines of Chianti or discover the magic of the Cinque Terre; but whatever you fancy, we have the guides and the knowledge to help you enjoy the best visit possible. Contact us to find out more and let us help you decide on which tour is best for you, whether it be in the city itself or in the stunning area that surrounds it. 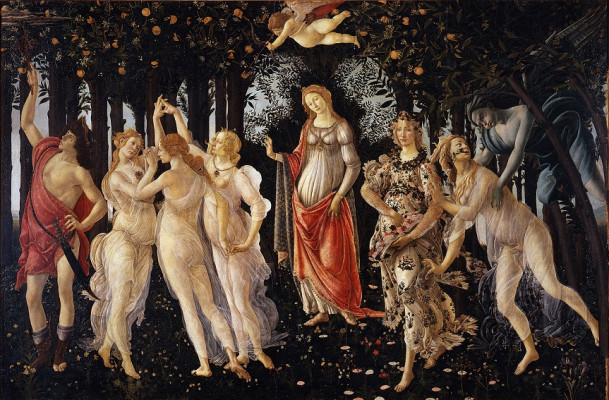